You are here: Home / How To / Tech / Is Blogging For Everyone? (And How to Find Out if It’s For You)

You were browsing the internet recently looking for different ways to make money working from home.

You’ve heard of how some people are earning a full-time salary from the comfort of their home without having a mischievous boss commanding them like robots and now, you’ve also decided to follow that route.

Also read: How To Protect Your Blog/Website From Hackers
Why not? Who doesn’t want to be a boss of his own?

You imagine how it will feel like to always spend all the time in the world with your family traveling the world like Ryan Biddulph without anyone questioning your movements or giving you the time you should return to the office or stand a chance of losing your job (That can be scary man).

After so much research, you decided to venture into blogging because majority of the people you see online posing on their Lamborghini are bloggers.

Now, you don’t care to know if you can do it or not, what’s most important to you is that your friends are making money doing it, therefore, if they can do it, you can too.

Well, I will not argue with you, my friend, you may be right.

However, things don’t always happen that way. I understand that blogging is not a rocket science, but is it for everyone? NO.

The truth they say is always bitter yet, the best thing anyone that loves you can do for you is to tell you the truth, not minding how it hurts.

For the fact that blogging and internet marketing have created lots of billionaires across the world today is never a guarantee that you will also succeed at it.

You might have been told of how easy it is to make money while sitting on the beach but what you don’t understand is that it’s not as easy as people paints it.

Anyone who tells you that it’s easy to make money on the internet is perhaps trying to take your money.

The worst disservice you can do to yourself is jump into blogging with the mindset that it’s easy, if you believe in that lie then, you’ve already failed.

It might be easy ten years ago but today, most people that know what it’s all about will even prefer to hold on to their day job than sitting on their laptop every day.

The bad news is that there’s no push button to make money as a blogger.

It takes lots of time, efforts and sometimes, money. That is the mindset you should have even before considering launching your blog.

This is because most people that started it with the belief that it’s simple often get disappointed along the line and then, they’ll give up.
Also Read: Jumia Affiliate: Make Money From your Home

They are the same people that will later start criticizing bloggers, accusing them of being fake and claiming that it’s not possible to make money on the internet. Take the story of Fake Steve Jobs for example.

Daniel Lyons who was once a blogger and was popularly known as Fake Steve Jobs for years until New York Times revealed his actual identity, this sent over a half million visitors to his site on a single day, and he ended up making $1,038.81 from that traffic.

Of cause, the money was quite beyond his expectation with such amount of traffic. Because of this, he concluded with the statement below:

I learned the hard way: while blogs can do many wonderful things, making huge amounts of money isn’t one of them.

Fake Steve Jobs worked so hard, he created epic contents, was able to make his site go viral and yet, was broke. But, this does not justify the statement above in any way.

Daniel Lyons simply was unable to monetize his blog correctly, and that is not to say that the rest of us bloggers are done for. 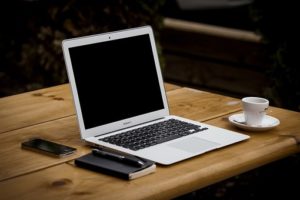 How to Know If Blogging Is Really for You Before Launching

The first thing is to find out if you’re lazy and hate working, if that is the case then you don’t even have to think about becoming a blogger because it’s one of the toughest profession I’ve ever seen.

Blogging is never for lazy people; instead, it’s for strong hearted people who truly understand that there is dignity in labor.

You’ve seen one of Pat Flynn’s income reports where he made over a hundred thousand dollars, and you think “wow,” that’s simple, and you start imagining what that amount of money can do for you. 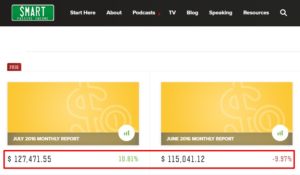 Forget it, my friend; it’s not as simple as you’re visualizing. What you don’t know yet is that Pat started blogging since 2008, and if I’m correct, that’s about eight years ago.

Another important thing to note is that he was not making such amount within his first 2-3 years of blogging.

That income you see on his site all came as a result of hard/smart work, consistency, and strong will power to succeed now, do you have these qualities? Or are you looking for a formula that will make you a millionaire overnight?

Also Read: Challenges Faced By Bloggers And How To Overcome Them

I wasn’t making a dime from my blog after my first three years, and that frustrated the hell out of me which forced me to abandon by blog for over a year.
The reason why I’m still here today is because I’m determined to make it, and that is the real test of a blogger and anyone who want to achieve any meaningful thing in life.

You can’t just fold your hand doing nothing and then, expect money to be following you everywhere, if that what you want, I’ll advise you to play Lottery because blogging can never work for you.

Let me tell you, forget all those lies you’ve been fed with; blogging is not just all about getting a domain, hosting it and then, installing WordPress on your server, No.

There are more to it that your fake coach probably forgot to tell you.

Just like every other good thing in life, you must be willing to lay down so many things before you can become a celebrated blogger.

Most of the successful people you see in the world today including bloggers and those in other professions started very tight.

Check them out and you will see that they didn’t achieve all the fame overnight. But the moment you become successful, people will never see all your struggles again.

They will forget all the sacrifices you made.
Also Read: Steps To Start Your Blog
Let’s use the image below as example: 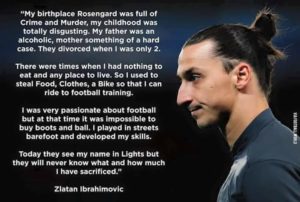 What does this tell you?

Zlatan Ibrahimovic is one of the most celebrated footballers in the world today but look at how he started. People will not even believe his story today.

Therefore, if you are not ready to work, please don’t start a blog because you will never finish it.

Now, the above screenshot has already explained to you the life of a blogger; I want you to ask yourself if you can leave such a life.

You’re always excited about the Internet lifestyle, but I guess you’re yet to understand its true meaning.

Will you be able to spend all your day on the screen of your laptop?
Will you be happy to be on your laptop when everyone is fast asleep at night?
Can you afford to be on your laptop on a Friday night when your friends are busy clubbing?
What of when they’re going out to have fun on a Sunday evening, can you afford to stay back at home right on your PC?
When your favorite football club is playing, will you rather be on the internet?From the post I made on Facebook which I just posted the screenshot here, you will see that some of my friends who are also bloggers even missed this last Rio 2016, myself included.That is the actual life of a blogger, and you need to ask yourself from start if you can leave such an unenjoyable life and if you answered yes then, congratulations…….. You’re going to make a good and successful blogger.

But if you in any way answered NO then, I’ll advise you look for something else to do with your time.

As a blogger, you will also need some money to invest in tools that will make it easier for you of cause; you’re not expected to start with a free blog if you’re serious. You must be willing to invest in your business too.

WordPress is the best blogging platform on the internet and to use it, you must invest in your domain and hosting. No real business comes free of charge, and if you want to be a blogger, you must understand that too.

You cannot skip all these sacrifices especially on your early days of blogging. I know it will come to a point when you’ve started making some money, and you can now afford to hire a virtual assistant and outsource some of the tedious tasks to freelancers, but that will be later.

Even if you have all the money to spend when starting, you will still need to familiarize yourself with these things before turning it to someone else to help you.

If you do not remember any other thing on this post; I want you to have in mind that blogging is not for lazy people, and it’s not a get rich quick scheme either.

However, I’m very optimistic that you can do it.

Be serious with it, get a coach to teach you everything you need to know to succeed as a blogger, work as if your life depends on it and eventually, you will become like Pat Flynn too.