You are here: Home / How To / Tech / Chopbarh Registration – How to Register & Win

Hello and today we’d be checking out Chopbarh registration and Chopbarh review.

what’s up guys there’s an app going around called chop bar which is literally a gaming platform where you could play with people from all over the country and get to win cash.

Yes!  real money so due to popular demand we decided to take a deep dive into this gaming platform to tell you just how it works the pros the cons and all you need to know so here’s our facial review.

This is GNN Tech and let’s dive in chop bars being up for quite a while now and it’s been advertised by content creators like sifancy la si si and more chopper is like a casino only now it’s loaded with classic Nigerian games like Ludo wad and other classic games like dice table, soccer pool and more the best part about this game is that you get to win cash and you can instantly withdraw that cash into your bank account now.

Here’s how it all works:

when you register you’re gonna need to buy coins this is done easily from your bank account your card and other options within the game now.

After buying the coins you cannot play any game of your choice with the amount of coins to provide.

Practically speaking you can play a game of dice with a hundred coins which is equivalent to $100 with nine other players in get the chance to win seven hundred and fifty nine which you can use.

We draw directly into your bank account and you can pick the game the amounts and numbers of people you want to play with the higher the coins please and number of people the more you get to win one.

that most of the games in there depends solely on your skis and not on mayor Locke so if you are highly skilled in any one of these games and you can win as much as you can with a daily withdrawal of up to 500 thousand IRA.

it’s also a feature that allows players to chat, drag both in react to a play in the game but one of the best features so far after completing Chopbarh registration is this ability to instantly transfer your cash directly into your bank account so quickly

Wow there’s so much love about this gaming platform is also the back side but before I talk about that. 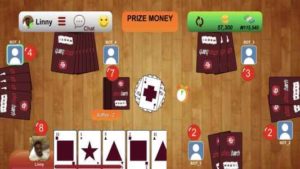 Primary issue was with buying coins. I am a member of my team experienced a team in

Note that they were cheating so if you’re reported by let’s say five to eight people then your account just market block then you’ll be taken out of game without any way to return I think they should fix this and be more accurate as to how and why they block accounts well I think players should be able to appeal if their accounts were blocked for the wrong reasons but the biggest problem you’ll have on chop bar is connectivity this game is playing online so you’re quite likely to get disconnected and lose your money if you receive a phone call or probably go off screen for a minute.

been disconnected and you will lose your money either way this is a really cool game and I did enjoy my time playing also I should warn you that this game gets really addictive.

I found myself playing longer than I originally planned and I guarantee that it’ll get even better with new users joining everyday and if they could fix the tiny issues.

I’ve mentioned so there you go guys that’s my official review of chopper chopper is available on the Apple Store for iOS and for Android.